The County Council Labour Group brought forward a motion on Thursday 16th March calling for the implementation of a new ‘Permit Scheme’ for highways maintenance – a programme that is already used by 85 Local Authorities across England and proven to increase the efficiency of roadworks, while reducing costs for the Council. More importantly, the use of ‘Permit Schemes’ is shown to reduce congestion caused by road works, improve journey time and reliability for all road users, and augment the information available to the public, including advanced warning and duration of works.

Under a Permit Scheme, anyone intending to carry out works on the road has to make an application to the relevant Local Authority for a permit. In addition, the Authority’s power to grant or refuse a permit, as well as applying conditions to the timings and/or work activity, is significantly increased. Through such capabilities, any Authority operating a permit scheme will be able to coordinate and control works on the road, with the aim to improve both the planning and preparation of works.

Labour Spokesperson for Transport, Sandra Gage, said “As a County Councillor, one of the most consistent concerns that residents have raised has been around roadworks. Whether they drive, bus, cycle or walk, all have come across the poorly organised, sometimes unoccupied, badly signed and often over-run roadworks. In towns and villages across Suffolk, journey times to work, college, school, doctor and hospital appointments are made unpredictable. This is deeply inconvenient for the public and costly for our local economy.”

Cllr Gage continued, “Permit schemes already in place elsewhere in this region – in Norfolk, Essex, Bedford, Hertfordshire, Luton and Southend – have been designed to ensure these councils can successfully undertake their ‘duty to manage’ and therefore minimise the disruption the public experiences. Currently in Suffolk, we have a longer duration of closure within which there will be some days of actual working on site. Sometimes, a stretch of road will be cordoned off for a whole week for maintenance that only takes half a day’s work to complete. By issuing permits only for the planned actual duration of works, these Councils across the East of England have been able to drive up efficiency and reduce inconvenience to the public. A Permit Scheme in Suffolk will also cost the Council nothing to run and stands to save the Council around £4.5million in highways maintenance costs after 3 years.”

Cllr Gage concluded “I am deeply disappointed that the Conservatives have decided to let political pettiness get in the way of their duty to Suffolk residents. Reduced congestion and fewer delays caused by roadworks is what I believe Suffolk residents are asking for. It seems that it’s just this Council’s Conservative Administration that is stopping Suffolk becoming the 86th Council to adopt a roadworks Permit scheme, and rid this County of poorly managed roadworks. If the Labour Group take control of the Council on May 4th, we will listen to residents and implement a highways permit scheme.” 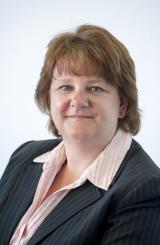